End of the Lewis and Clark Trail

Today was a big day. I woke up early, thinking about the day to come. The stars were bright through gaps of the tree canopy. I lay awake for two hours before getting up.

Packing seemed ridiculously easy after weeks of packing my kayak. I walked down through the huge trees to the river and watched the sun rise over the misty water. I picked blackberries for breakfast and put out my solar charger to charge my phone enough to rewrite yesterday’s post which had evaporated.

At 9 I walked up to the Visitors Center. I tried to pay admission but they refused. Like all the visitors centers they had beautiful displays. Especially interesting were the fates of the members of the Corps.

After an hour I headed out on the Fort to Sea Trail, and with five hours to go seven miles, taking a leisurely pace. The trail was very well maintained, wide and firm and not one log across it. Much of the route was timbered but eventually there were fields as well. I found the many ripe blackberries hard to resist.

Eventually I could see trees bent by the wind, and then hear the roar of the waves and the smell of the ocean. When I got to the paved road I sat down to wait for my friends.

It wasn’t too long before my old smokejumper buddy Mike Fitzpatrick showed up. Man it was great to see him. He’d brought me some really good sandwiches, apples and cookies. As we stood talking our other smokejumper buddy Troop Emonds pulled up. It sure was fun to see those guys, my good, loyal, tough, laughing friends.

They walked with me down to the water. Beautiful white waves rolled across the blue Pacific, where I symbolically touched and tasted the salt water. 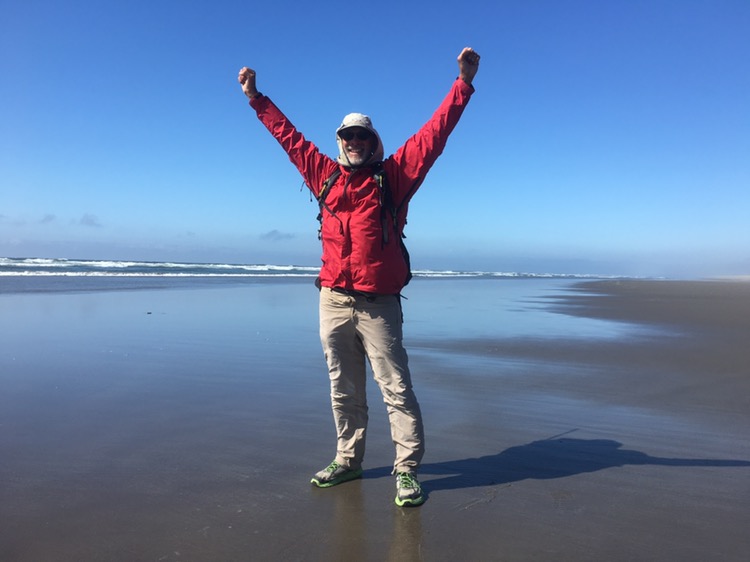 This adventure was everything I hoped it would be. I am happy and lucky to have successfully completed it, to have walked and paddled the trail of Lewis and Clark for nearly six months.

Thanks for sharing the adventure with me. Colter

Clark: Sunday December 8th 1805 Fort Clatsop We haveing fixed on this Situation as the one best Calculated for our Winter quarters I deturmin’d to go as direct a Course as I could to the Sea Coast which we Could here roar and appeared to be at no great distance from us, my principal object is to look out a place to make Salt, blaze the road or rout that they men out hunting might find the direction to the fort if they Should get lost in cloudy weather-and See the probibillity of game in that direction… 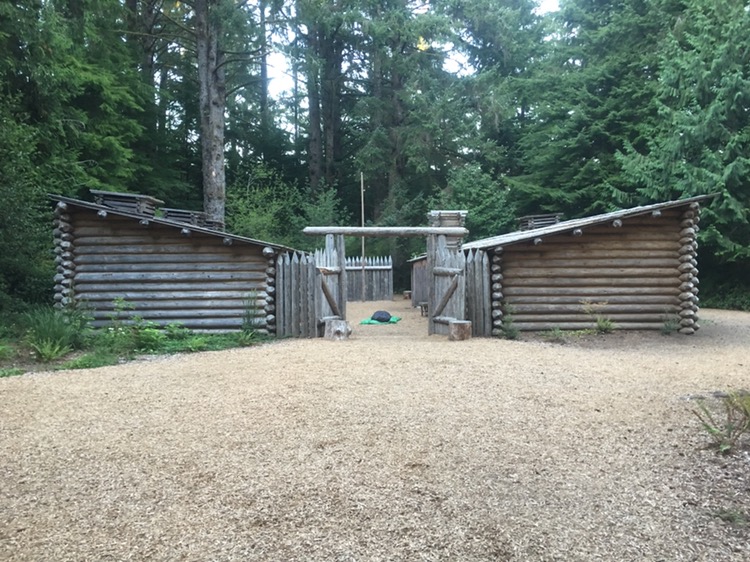 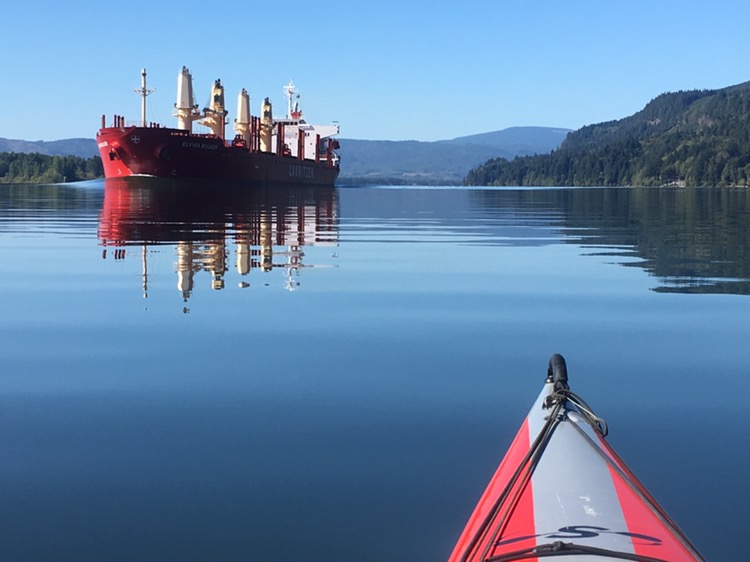 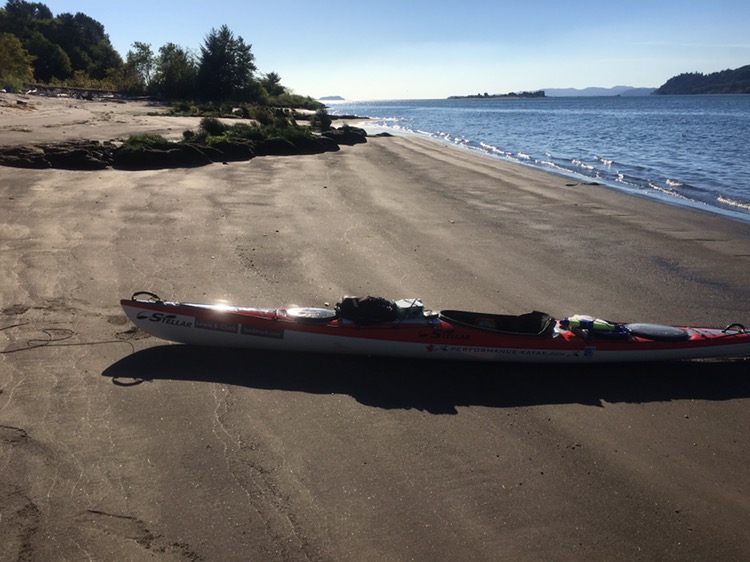