It might have been the coldest night of all, barely noticeable in my warm nest. What was noticeable was all the frost on the inside of my shelter this morning!

Around 9 AM a young State Trooper pulled over and politely asked me what I was up to. I explained to him about traveling the Lewis and Clark Trail but such activity was part of a world with which he was unfamiliar. Nevertheless he  told me to be careful.   I was way ahead of him on that. Unless a car pursued me off the road I was in good shape.

An hour later he was waiting again. Apparently dispatch needed more info. It was like when Tom Boatner and I were bicycling across the US years ago and in Texas a cop thought riding bicycles was suspicious, and called in our drivers license info. Today I mentioned that even the cattle and horses wondered what I was up to. “Even those zebras!”  I’m not sure how he had never seen the zebras, but with the photos of them, and showing him my trip plan, and the fact that I was 100% legal, he cheerfully wished me well once again.

Last time I talked to a State Trooper while on an adventure, it was on the Desert Trail in Oregon. He greeted me by name. He not only understood the adventure but had been following along online!

I passed a field of hogs with hundreds of baby pigs. It was entertaining watching them race around the field.

Just before 3 pm I got to Platte City where Sean Phillips, my old Alaska Smokejumper buddy picked me up. He looks just the same. He showed me some of the sights and treated me to an epic meal of Kansas City BBQ at Arthur Bryant’s.

I got to meet some of Sean’s friends and see his wife Alison and their great kids. It’s a cool house and awesome neighborhood. They made me a fine breakfast. Just for fun we stopped by and checked out an old cabin Sean restored, pictured. 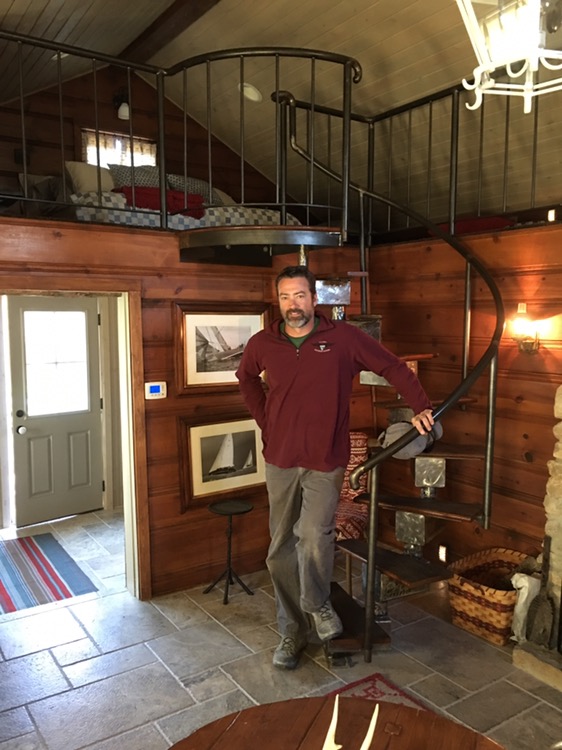 It is always great telling a few jump stories with old Bros. I really appreciate the hospitality Sean and Alison!

June 27th, Wednesday a fair warm morning, the river rose a little last night. we determin to delay at this Place three or four Days to make observations & recruit the party Several men out Hunting, unloaded one Perogue, and turned her up to Dry with a view of repairing her after Completeing a Strong redoubt or brest work frome one river to the other, of logs & Bushes Six feet high 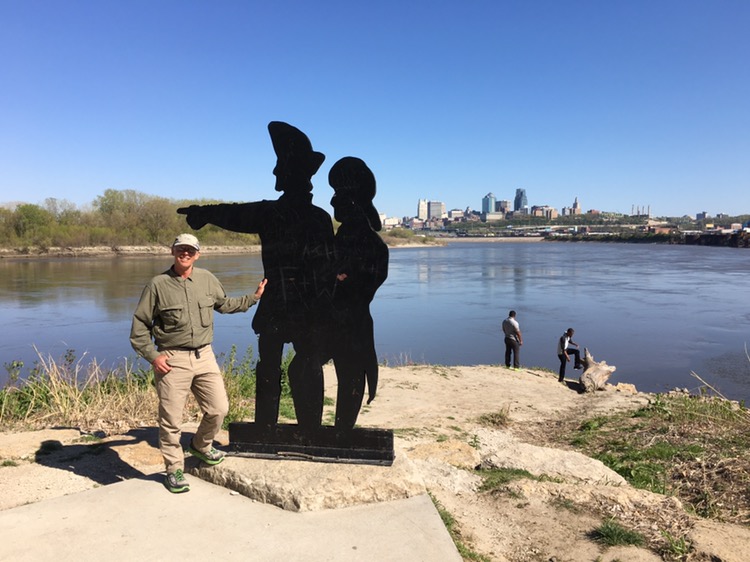 The Countrey about the mouth of this river is verry fine on each Side as well as the North of the Missouries
28 June Thursday took equal altitudes &c. &c. &c. & varaitian of the Compass repaired the Perogue Cleaned out the Boat Suned our Powder wollen articles examined every thing 8 or 10 huntrs. out to day in different direction, in examineing our private Store of Provisions we found Several articles Spoiled from the wet or dampness they had received, a verry warm Day, the wind from the South, The river Missourie has raised yesterday last night & to day about 2 foot.