“Bruce!” It was just before dark and I was camped in a little clearing in the willows next to the Lemhi River. No one could see me. Who’d even be looking for me?

By golly if it wasn’t. He came crackling his way through the brush.

“I’m an old game warden.” Of course I knew the real way is through my map update. I usually don’t post my exact campsite, but this time it was close enough that he’d found me.

I’d last seen Tony firefighting in Alaska over 30 years ago. It was just like old times. We talked about Alaska and our common friends, firefighting, game wardening and Lewis and Clark. It was about an hour past “hiker midnight” aka 9PM  when he left. It was a fun little reunion. 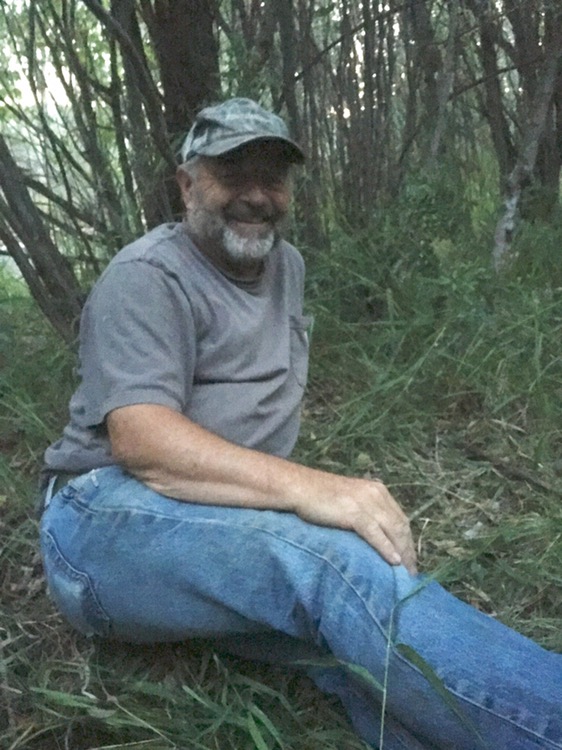 I was only going as far as Salmon today, so I slept in an extra hour, and I slept great. 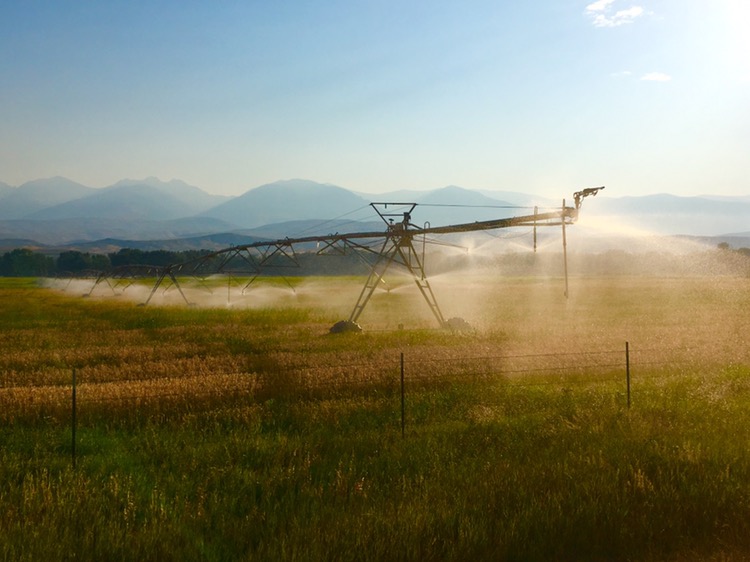 Irrigation and smoky skies over the Beaverheads

Just before town I stopped at the Sacajawea Interpretive Center as I entered town. There were some interesting displays and a nice film. One display mentioned how the Hidatsas would apparently repeatedly travel nearly 2,000 miles round trip specifically to attack Sacajawea’s Shoshone people.

I had to wait to check into my room so I stopped to eat, then went to a park and carefully went through my pack and picked out about 2 1/2 pounds of stuff I could do without, which I later sent to Jim Griffin.

There was a good grocery store nearby so I resupplied and then headed to my motel. It was great getting a hot shower and doing laundry. It was nice and sunny so I hung my clothes to dry. Just before I could collect them a rain shower meant I had to throw them in the drier.

It was nice doing a short day and getting all cleaned up. Colter

Clark: August 28th Wednesday 1805 a frost this morning. The Inds. Cought out of their traps Several Sammon and gave us two, I purchased two others which we made last us to day. Several a Camp of about 40 Indians came from the West fork and passed up to day, nothing killed by my party with every exertion in all places where game probably might be found. I dispatched one man to the upper camps to enquire if Cap. Lewis was comeing &c. he returned after night with a letter from Capt. Lewis informing informing me of his Situation at the upper Village, and had precured 22 horses for our rout through by land on the plan which I had preposed in which he agreed with me in; and requsted me to ride up and get the horses the Indian informed him they had reserved for me &c. I purchased Some fish roe of those pore but kind people with whome I am Encamped for which I gave three Small fish hooks, the use of which they readily proseved, one Indian out all day & killed only one Sammon with his gig; my hunters killed nothing, I had three pack Saddles made to day for our horses which I expected Capt Lewis would purchase &c. Those Sammon which I live on at present are pleasent eateing, not with standing they weaken me verry fast and my flesh I find is declineing