This was a big, big day for me. It started out, however, as the buggiest morning of the whole trip. Mosquitoes were wrestling each other to get in the tent.  Caterpillars were plentiful. I believe there were 200 small snails on my tent and screen! 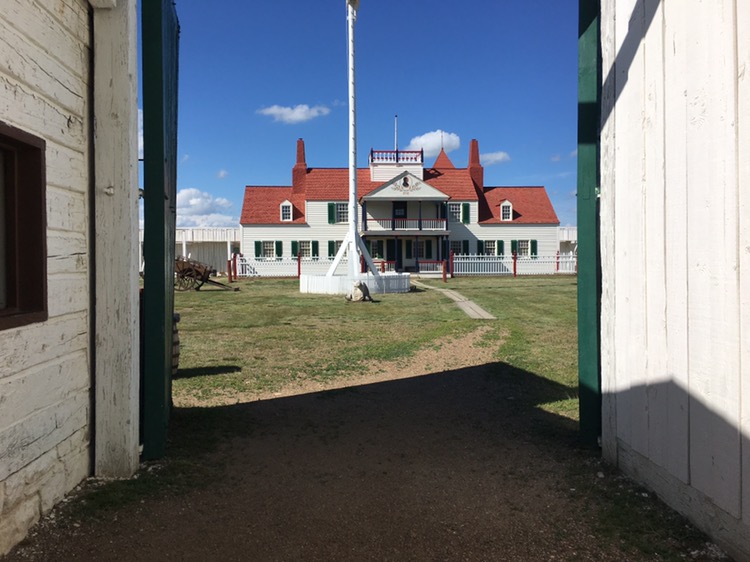 It was a mostly sunny day. I had my solar charger out but my external battery was not taking a charge. My phone was taking a charge extremely slowly. I rely on those charges to make these posts.

I made steady progress up the river switching sides as necessary. The wind was a mixed bag but there were times when it actually was helpful.

I had been told about the river angels the Anderson’s below the confluence of the Yellowstone. Although I got off the river at the right spot I couldn’t find their house which I expected to be near the river or within sight. There was a four-wheel-drive road which I followed around and up to the top of the hill. There I got a completely different view of the world I have been seeing from the river, a world that now included farms and wheatfields.

If I took a break off the river and went into the shade mosquitoes would descend upon me. It’s interesting that where Clark had so much trouble with mosquitoes on the return trip that I have gotten into the worst mosquitoes of the trip.

I spotted a whitetail buck along the edge of the trees, he was frozen watching me, with two developing antlers already several inches tall, with a bird standing on his head perfectly framed between them!

It was another big day for pelicans They like to fly right over the water barely skimming above  it.

I rounded a corner and recognized a spot that’s just below the confluence of the Yellowstone. It was exciting to soon see the Yellowstone flowing into the mighty Missouri. A large cottonwood log was just flloating out of the mouth of the Yellowstone. The rivers are higher than the last time I was here, there was no big sandbar between them now and so no good place to stop for an historical photo. It was a thrill to have paddled all the way here regardless.

I was curious, of course, as to how the paddling would be compared to the last time where it had so discouraged me. For whatever reason it didn’t discourage me at all, perhaps because I was on the other side of the river. I moved steadily upstream.

I was taking a break when I realized I wasn’t far from Fort Union. Too bad it was going to be closed already. Or was it?When I looked at my phone it said I was now in mountain time. I tried to call but there was no coverage. I paddled hard, trying to make it in time. I could use some water and I could charge my phone.

I could see Fort Union across the river and found the side channel that Jeff Brown had described. I paddled up the channel and quickly gathered up water bottles in my charging stuff and hustled through the willows and up the hill.

There were people! Clean people! The gate was open and I headed in to find out it would be open another hour. Yes!

It is a nice reconstruction and it had  knowledgeable rangers. I checked out the fort and the displays thoroughly. This was the most important trading fort on the upper Missouri, run by the American Fur Company. I believe it started in 1828.

Right now it’s closed and I’m sitting just outside up on the hill in the sun. I see I have a little bit of coverage so I’m going to try to send this out tonight. It is really exciting to be beyond the Yellowstone River! Colter

Clark: 26th of April Friday… I Sent a canoe up to Capt Lewis and proceeded measure the width of the rivers, and find the debth. The Missouri is 520 yards wide above the point of yellow Stone and the water covers 330 yards; the YellowStone River is 858 yards wide includeing its Sand bar, the water covers 297 yards and the deepest part is 12 feet water, it is at this time falling, the Missouri rising The Indians inform that the yellow Stone River is navagable for Perogues to near its Source in the Rocky Mountains…