It looked like the wind was going to be cooperating so I hoped to make up for some lost time and paddle a big day.

It is feeling more and more like the West. I went under a bridge and suddenly recognized where I was: I had crossed this bridge driving west four years ago.

Later there was the sound of prairie chickens making their strange dancing sounds,  so I veered over toward shore. I was delighted to see some displaying, wings dragging and heads low.

Watching me on the hill I saw an animal with more white than a deer, at least that’s what it looked like. I scrambled for my binoculars but it disappeared a moment before I could focus. Later however I saw another one and it was clearly an antelope. I saw more as the day progressed. 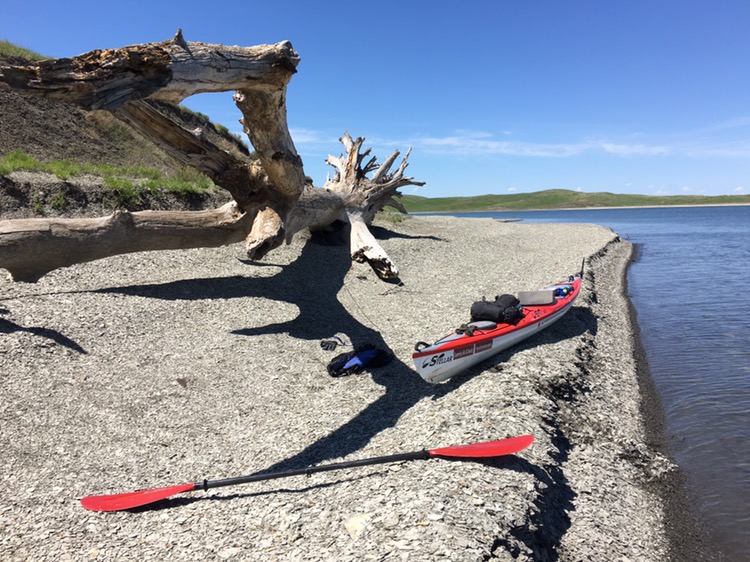 There was no bigger surprise though, then paddling along a wild looking stretch of river and looking up and seeing buffalo on the skyline. Now it really felt like the old West!

40 miles is a long long way to paddle on flat water for a mortal like me. I’m not really built for sitting in a kayak, my hamstrings are too short so I tend alternate between my back hurting a little bit or my butt hurting, or both. Not really suffering, just uncomfortable. Add in hot and tired and hungry and it can be challenging.

People often say that must be so much fun, walking and paddling the Lewis and Clark Trail. And it is often fun of course. But I think a much more accurate description is “adventure”.  Like most good adventures it is often difficult, and that’s one thing that makes it worthwhile.

When I finally stopped and was carrying stuff up to my camp spot I saw some trees up the drainage and noticed they appeared to be smooth. I got a kick out of it when my guess was right: there was hair hanging from the trunk and small piles of brown buffalo hair lying on the ground. 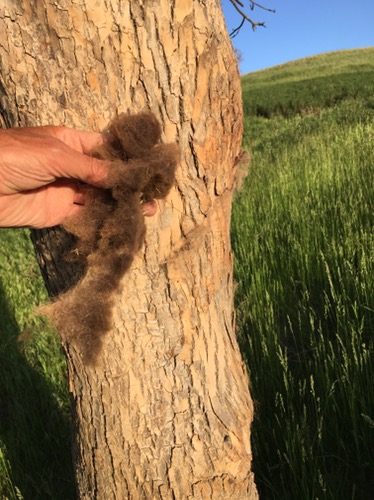 When I crawled into my tent at the end of the day I was one tired puppy. And I think it’s fair to say that few people would have enjoyed a warm sleeping bag, two tortillas heavy with peanut butter, a bottle of cold water and a chance to rest more than I did. Colter

Clark: 3rd of October Wednesday 1804 The N W. wind blew verry hard all night with Some rain, we Set out early, at 12 examoned our Stores & goods, Several bags Cut by the mice and Corn Scattered, Some of our Cloth also cut by them also papers &c. &c. at 1 oClock an Indian Came to the Bank S. S, with a turkey on his back 4 other soon joined him Some rain, Saw Brant & white gulls flying Southerly…
Clark: 4th of October Thursday 1804 the wind blew all night from the NW. Some rain, we were obliged to Drop down 3 miles to get the Chanel Suft. deep to pass up, Several Indians on the Shore viewing of us Called to us to land one of them gave 3 yels & Sciped a ball before us, we payed no attention to him, proceeded on and Came too on the L. S. to brackft one of those Indians Swam across to us beged for Powder, we gave him a piece of Tobacco & Set him over on a Sand bar…
Clark: 5th of October Friday 1804 Frost this morning, Set out early passed a Small Creek on the L. S. saw 3 Tetons on the S. S. they beged Some Tobacco, we proceed on passed a Creek on the S. S. I Saw a white brant in a gangue on the Sand bar Saw a large herd of Cabra or antelopes Swiming the River, we Killed four of them… I Killed a Buck & a Small wolf this evening, Clear pleasant evening, Camped on a mud bar S. S. refreshd the men with whiskey. 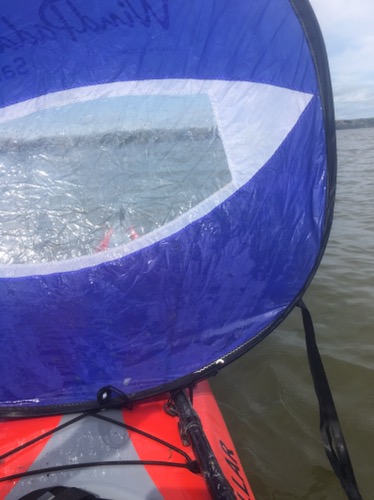 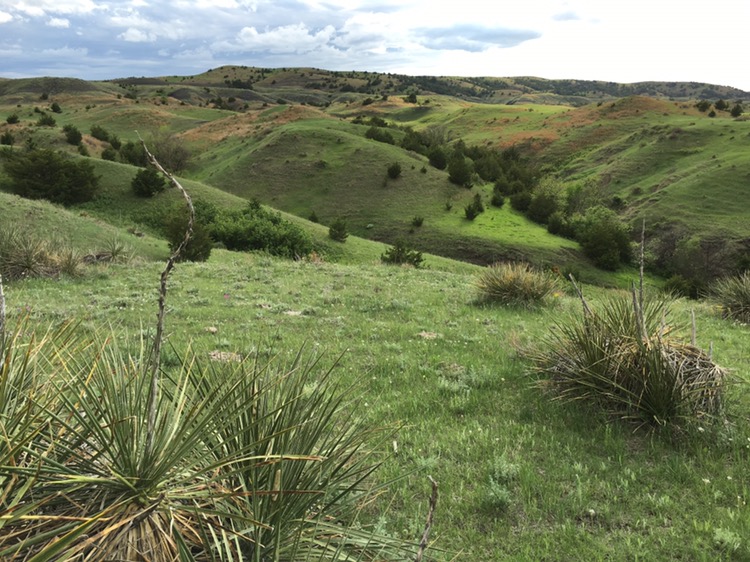