It wasn’t long after starting out this warm morning that the sun was casting my long shadow  across the fields. It was so mild that I hiked all day without wearing a jacket at all. I saw my first buffalo only a couple days past where L&C had their first sighting, but unlike Lewis and Clark mine was in a high fenced field along with some magnificently horned Longhorn cattle. It looked to me like the biggest ones had horns over 6 feet wide, eminently impractical.

Today was the first really warm day. It’s been surprising how slowly the leaves have come out but today it seemed is if they grew rapidly.

Water was going to be an issue today. I started out this morning with about a half a quart. I have a water filter, but man, all those water hydrants in peoples yards along the way! I saw the perfect set up a pickup in the yard and a little black and tan wiener dog barking hysterically at me, and a water hydrant right there. I love wiener dogs and I thought that would be perfect opportunity to use the hydrant and talk to the owner and meet the wiener dog, but alas the owner was absent.

I stood and looked for a while at an unappealing looking stream and walked another half mile and here was a fertilizer distribution compound. I spotted a water hydrant, walked up and knocked on the door but no one answered. The hydrant was right next to the door, and confident that their answer, of course, would be go ahead I was bold and filled up every bottle I had with ice cold water, also drinking as much as I could hold. 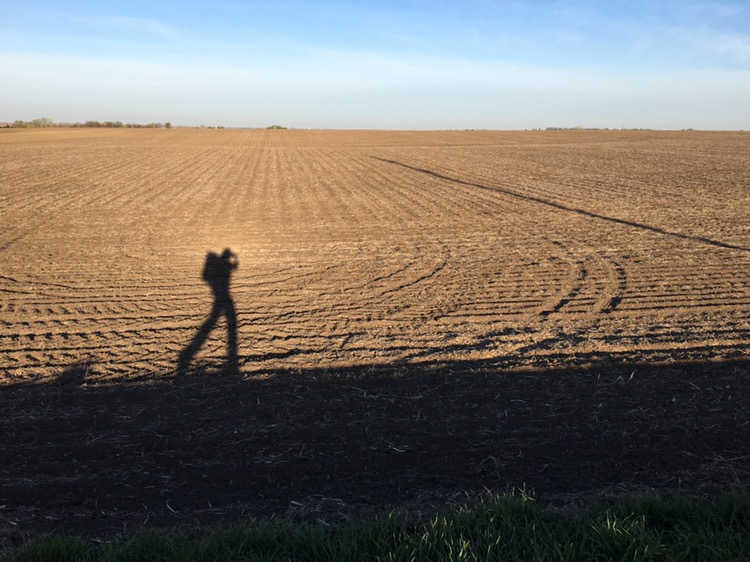 My shadow on a Kansas field

This is a fairly unusual area of Kansas. There’s cosiderable topography with bluffs above the Missouri River, ravines from streams and then later on, glacial country.

Teresa, a lady from the pizza place in Atchison, happened to spot me along the road and stopped for a chat. 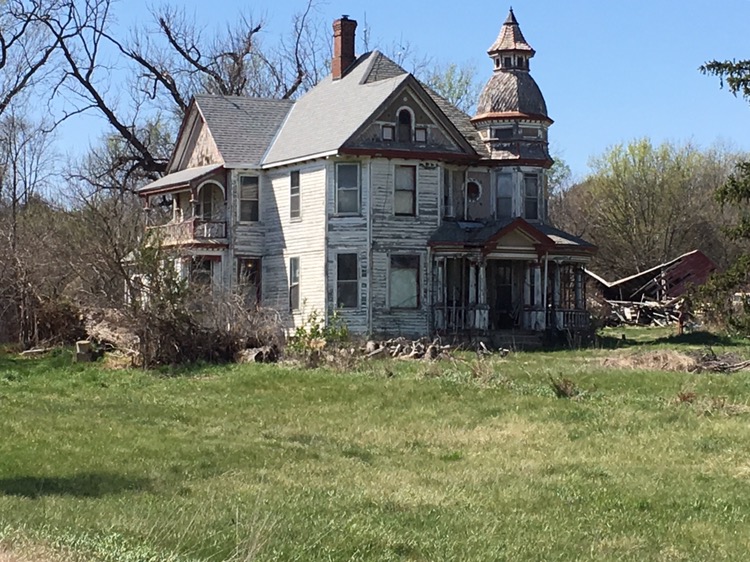 In the afternoon I passed a small RV camp were I spotted four dachshunds. There were people working around some picnic tables and I asked if I might fill up my water jugs. They were happy to help me out. The dogs were mellow, only a single bark out of the lot of them.

There was a Lewis and Clark historical site at White Cloud and a hydrant. Luckily I had gotten water elsewhere or I would’ve been extremely disappointed at its failure to produce water. It was nice to be right along the Missouri River again. Around 6 PM I found I had gone nearly 25 miles and spotting a good campsite right on the bank of the river beneath the trees I elected to camp here. My feet have started to really adapt to the road walking at last. 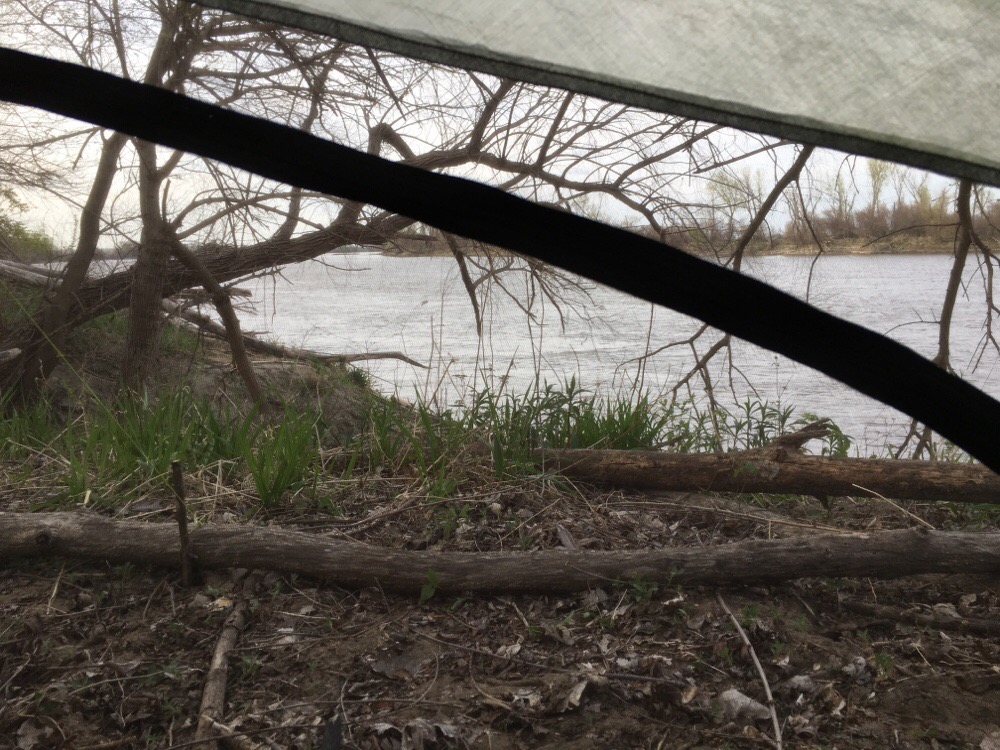 “Set out verry early this morning, Swam the horse across the river…Boat turned three times once on the ____ of a Drift wood. She recved no proceiviable damage, we came to for Dinner at a Beever house, Cap Lewis’s Dog Seamon went in & drove them out…Elks are plenty about those Praries. Some Buffalow Sign.”

“6th July Friday…a verry warm day (worthy of remark that the water of this river or Some other Cause, I think that the most Probable throws out a greater preposn. of Swet than I could Suppose Could pass thro the humane body Those men that do not work at all will wet a Shirt in a Few minits & those who work, the Swet will run off in Streams)”

“July 8, 1804 8th of July Sunday…five men Sick to day with a violent Head ake &c. and Several with Boils…Saw a fire on the S. S. Supposedly the four flankers, to be theire, Sent a perogue for them, the Patroon & Bowman of the Perogue French, they returned & informed, that when they approached the fire, it was put out, which caused them to return, this report causd. us to look out Supposeing a pty. of Soux going to war, firierd the bow piec to allarm & put on their guard the men on Shore everey thing in readiness for Defence.”

“we came to & Camped for the night. at a point on the S. S. opposit a yellow Clay Clift.—our men all getting well but much fatigued, the river is on a Stand nether rise nor fall, The bottom on the S. S. is verry extensive & thick. the Hills or high land is near the river on the L. S. and but thinly timbered, back of those hills is open plains.” [note: I camped near this point]