The predicted thunderstorm didn’t appear last night, only a startled deer running on the deer trail near my tent.

It started raining before daylight. I woke up and pulled all my gear away from the edges of the fly. With the ultralight  Hexamid, just because something is inside the zipped up shelter, it doesn’t necessarily mean it can’t get wet. Once that was done I fell back to sleep, secure.

I packed in the rain and the rain continued. There was a good stiff wind driving the rain straight into my face. The hood on this jacket is designed poorly. A good hood should seal tightly around the neck to prevent rain entry and heat loss. It should have a secondary adjustment for around the face. I’ll retrofit it later with a snap or Velcro. For now I held it shut at my neck.

I tromped along the road, rain gear flapping in the wind. I came to a little restaurant. Yes!  I got a good, big breakfast and hot coffee. A fine respite. Someone asked what I was doing and he began telling other people as they came in. One fellow asked if I was familiar with the Appalachian Trail. It turned out he had trained along the trail with the Army Rangers. 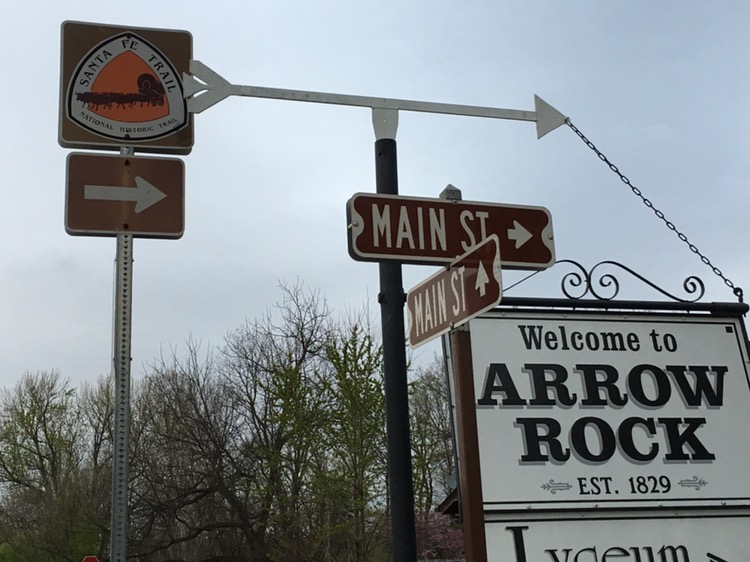 The rain quit. The route entered Marshall along street lined with beautiful old houses and blossoming trees. I got a burger and some supplies and kept going.

After putting in 21 miles I found a nice camp site, hidden away in the trees an ground covered with leaves.

At some point today I passed the 200 mile mark.

...the Sturn of the boat Struck a log which was not proceiveable the Curt. Struck her bow and turn the boat against Some drift & Snags which below with great force; This was a disagreeable and Dangerous Situation, particularly as immense large trees were Drifting down and we lay imediately in their Course,—Some of our men being prepared for all Situations leaped into the water Swam ashore with a roap, and fixed themselves in Such Situations, that the boat was off in a fiew minits…

Those Praries are not like those, or a number of those E. of the Mississippi Void of every thing except grass, they abound with Hasel Grapes & a wild plumb of a Superior quallity, called the Osages Plumb Grows on a bush the hight of a Hasel and hang in great quantities on the bushes I Saw great numbers of Deer in the Praries, the evening is Cloudy, our party in high Spirits.

When driving east I’ve noticed how you could tell the difference in humidity once passing into missouri. So, beyond Kansas city the air should be drier, crisper, and brisk in the face! I’ll be following along like Ordway wondering if your observations are the same

Hi Bob, that’s interesting. The route takes a major swing north from the Kansas City area, so it will be interesting to see how soon the western, more arid air comes into play. Buck