Mann Gulch, Gates of the Mountains

As of this evening I have been on the Lewis and Clark Trail for four months. Today was an important day in other ways as well.

My campsite last night was wonderful, deep ponderosa pine needles for a bed. What wasn’t so awesome was the very loud music coming across the water from somewhere. It stopped suddenly at midnight.

It gets light earlier, seemingly, sleeping without a tent. The big pine protected me from the dew. All my clothes, except for my shoes, were dry.

It was calm for a few minutes until a headwind arose. But, compared to the strong headwinds and powerful currents I have been dealing with, I flew across the water.

At first I had the river completely to myself. Mule deer drank at the waters edges or in the meadows. Bighorn sheep fed in the cliffy areas. Eagles were so common they are hardly worth mentioning.

At 9 AM I’d come 13 miles. Nearly as far as I’d come each of the last two days. Ahead towered The Gates of the Mountains. 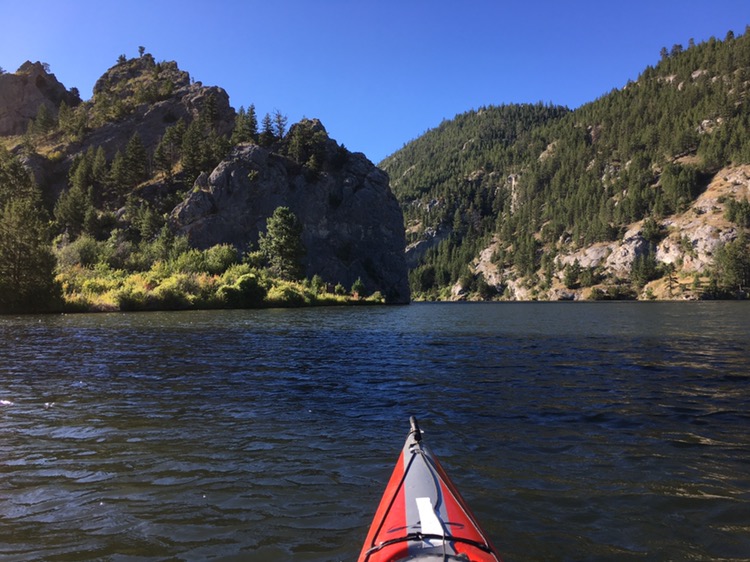 Approaching Gates of the Mountains

Here was the sign for Mann Gulch, the site of the worst disaster in smokejumper history, a place where 13 men lost their lives. Having been a career smokejumper, and having jumped Montana many times, this was an especially meaningful place to me.

There was a good spot to land my kayak in the shade of the cliff. I grabbed my daypack and some water and headed up the gulch.

After about 30 minutes I could see the first crosses high up on the slopes, slopes that burned so hot on that August, 1949 day that the vegetation hasn’t come close to recovering, burned tree trunks still standing here and there.

As is typical with most wildland fire tragedies, fire got below them and blew up. All but three lost a race to the ridgeline, and safety. The foreman lit an escape fire and lay in the burned area, and survived while most of the others who failed to follow his example did not. Only two made the ridge in time.

I’d forgotten how scattered the crosses were. I remembered how close some of the dead had come to making it out. It only took me about a minute to reach the ridge from the highest cross. It was all too easy to look at the steep topography and think about that dry forest on that record-hot day and imagine how it had all happened.

Someone had hung smokejumper wings from each marker. Some markers had other items: a hard hat, coins, a small memorial from family. 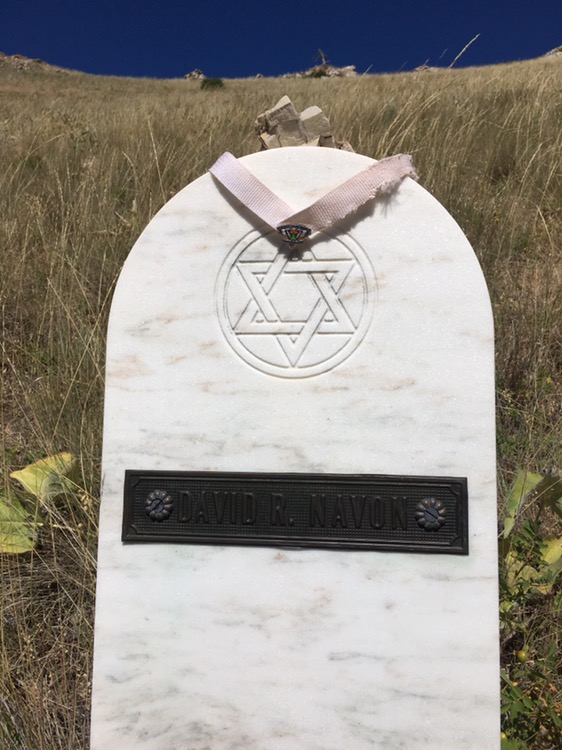 The reflective mood of my lone hike up Mann Gulch was broken back at the river. A tour boat pulled up while the people listened to a short speech. Powerboats raced by. Around the corner was some of the very most spectacular scenery of the whole summer, incredible towering cliffs. But for me most of the magic was shattered by roaring boats screaming by me.

After a few miles I left the boats behind, and a serene loneliness returned for a few miles.  Near Hauser Dam I began to see many bank fishermen. It looked like beautiful trout water. The current got faster and faster but I managed to paddle through it.

“Where did you start, Beaver Creek?”

“St Louis!?” When I confirmed he wished me safe paddling and I wished him good fishing.

At the pullout a 3 year old boy watched me strap the cart on my kayak with intense interest. When I started pulling it away he was thrilled. When I turned to look back he waved shyly.

It was challenging to get down the very steep bank on the other side. I completely unloaded the boat to do so.

It was a powerboat madhouse on the lake, everyone going full speed, many blaring loud music.

When I hit 30 miles and spotted an idyllic camp spot I decided to call it a day. Roaring boats, pounding music and yelling drunks affected the ambiance until late evening, when nature ruled again. Colter

Lewis: …July 19th 1805 The Musquetoes are very troublesome to us as usual… this evening we entered much the most remarkable clifts that we have yet seen. these clifts rise from the waters edge on either side perpendicularly to the hight of 1200 feet. every object here wears a dark and gloomy aspect. the towering and projecting rocks in many places seem ready to tumble on us… from the singular appearance of this place I called it the gates of the rocky mountains.

Lewis: July 20, 1805… I saw a black woodpecker today about the size of the lark woodpecker as black as a crow. I indevoured to get a shoot at it but could not. it is a distinct species of woodpecker; it has a long tail and flys a good deel like the jay bird. This morning Capt. Clark set out early and proceeded on through a valley leaving the river about six miles to his left; he fell in with an old Indian road which he pursued untill it struck the river about 18 miles from his camp of the last evening just above the entrance of a large creek which we call white paint Creek. the party were so much fortiegued with their march and their feet cut with the flint and perced with the prickly pears untill they had become so painfull that he proceeded but little further before he determined to encamp on the river and wait my arrival.—Capt. C. saw a smoke today up the valley of Pryor’s creek which was no doubt caused by the natives…

Buck, I had a similar experience at South Canyon. I was walking thru the area, not really feeling any emotion. Then I got a call from laura. We chatted for a minute, and as soon as I hung up I burst into tears. It hit me that none of the men and women killed that day would ever talk again with the people they loved.
Drive on.

Hi Fitz,
I bet those guys were saying “All right! Gates of the Mountains!” when they got that fire call. Lots of luck involved, isn’t there?
Buck