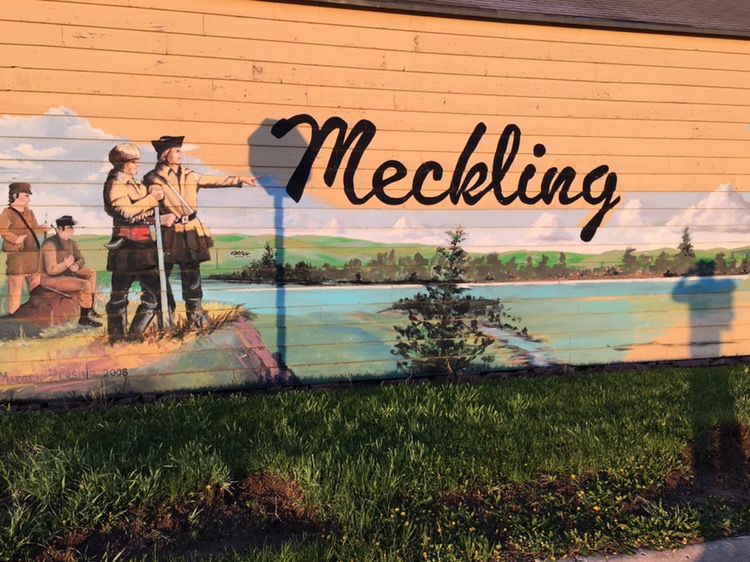 Sunrise, the building I camped behind

There was a heavy dew last night. It LOOKED like frost on the grass but I wasn’t sure until I started packing up my tent. At that point I saw considerable frost flying when I shook it.

I got a cup of coffee at a gas station 5 miles later, but I was focused on reaching Yankton today.

About 1 I walked into town. It’s a nice setting and seems prosperous. I stopped for lunch. My burger had a large piece of burnt plastic in it. The were kind enough to replace it and give me a coupon for free food.

It was a thrill to see the Missouri from a high spot. Next time I saw that water I’d be in my kayak.

It was easy finding Chuck, the River Angel’s, place. A beautiful house up against the woods. I used his key to get into his big shed. There, neatly stacked was my kayak and all the other gear and mail he had been holding for me. 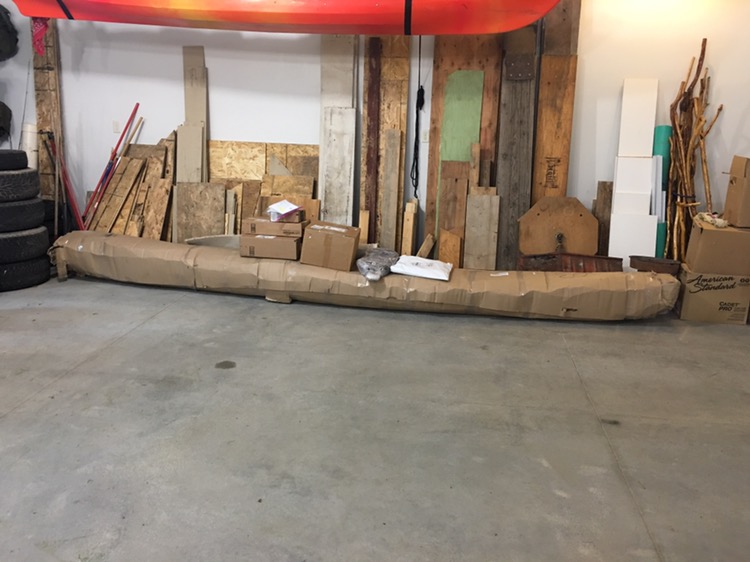 It must have taken at least 20 minutes to unwrap the kayak. I was holding my breath that it was OK, and it was.

I spent hours with various chores: figuring out and testing the cart, checking out the kayak, drying my backpacking gear, going through my mail and the various items I’d ordered and much more. I’m mentally exhausted this evening.

Tomorrow I need to buy groceries, figure out my packing system, decide on a launch point, mail some backpacking gear home, etc. With luck I will launch tomorrow.

Reaching Yankton and finishing up this first long segment of my journey is a big milestone. I look forward to the next.

Lewis, Friday, August 24th This day the Chronometer stoped again just after being wound up; I know not the cause, but fear it procedes from some defect which it is not in my power to remedy.-

Clark 25th August Satturday 1804 a Cloudy morning Capt Lewis & my Self Concluded to go and See the Mound which was viewed with Such turrow by all the different Nation in this quarter, we Selected Shields J. Fields, W Bratten, Sergt. Ordway, J Colter, Can, and Corp Worbington & Frasure, also G. Drewyer…from the top of this Mound we observed Several large gangus of Buffalow & Elk feeding upwards of 800 in number Capt Lewis being much fatigued and verry thursty obliged us to go to the neares water which we Could See…

Lewis  Orders August 26th 1804. The commanding officers have thought it proper to appoint Patric Gass, a Sergeant in the corps of volunteers for North Western Discovery…The Commanding officers have every reason to hope from the previous faithfull services of Sergt. Gass, that this expression of their approbation will be still further confirmed, by his vigilent attention in future to his duties as a Sergeant. the Commanding officers are still further confirmed in the high opinion they had previously formed of the capacity, deligence and integrety of Sergt. Gass, from the wish expresssed by a large majority of his comrades for his appointment as Sergeant.